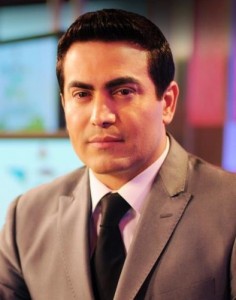 After six years at the station, anchor Jorge Miramontes is no longer at LBI Media’s KRCA-62. He was notified on Friday that his contract would not be renewed.

“I was very surprised at the company’s decision, because my newscasts had great ratings,” Jorge tells me. “I’m grateful for the time I was at the station. I made great friends there. This is the end of one cycle and the beginning of a new one. Now I’ll be seeking new challenges and opportunities.”

Prior to joining KRCA, Jorge was a freelance reporter for Univision’s “Primer Impacto.” Before that, worked as a reporter at KUVS-19, Univision Sacramento.