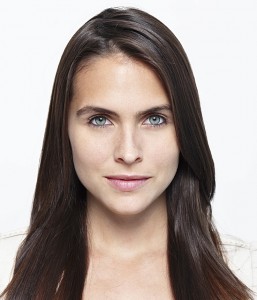 NBC News correspondent Lilia Luciano has been fired by the network. Her ouster comes after an investigation into the improper editing of George Zimmerman’s 911 call led to the firing of an NBC News producer in early April.

Lilia has been off the air since March 31. According to TVNewser, until that point, she had been reporting mainly on the Trayvon Martin story.

In a story for “Today” that aired on March 20, Lilia included an edited version of the George Zimmerman 911 call, splicing a later portion of the conversation with the dispatcher, making it seem like Zimmerman had volunteered information about Martin’s race rather than responding to his questions.

Here’s the edited version that aired. The italicized line was taken from a later part of the conversation:

Zimmerman: This guy looks like he’s up to no good or on drugs or something. He’s got his hand in his waistband. And he’s a black male.
Dispatcher: Are you following him?
Zimmerman: Yeah.
Dispatcher: Okay, we don’t need you to do that.

As reported earlier by TVNewser, here’s how the conversation actually happened:

Zimmerman: This guy looks like he’s up to no good or he’s on drugs or something. It’s raining and he’s just walking around, looking about.
Dispatcher: OK, and this guy — is he white, black, or Hispanic?
Zimmerman: He looks black.

Lilia is the third NBC employee to lose her job over misleading editing of the 911 tape.  She joined NBC in October of 2010from Telefutura, where she had been the co-host of “Escándalo TV.”