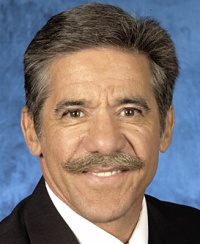 Getting the syndication gives Geraldo a better platform to talk politics on a national level, ahead of the summer’s conventions.

In a statement published on RBR, Geraldo says “Despite the nation’s partisan divide, the success of the show on WABC and KABC is a clear indication that there is room in radio for someone who is not associated with a particular ideology. I’m a patriot and a pragmatic idealist, who believes both the political left and the right have contributions to make.”

Gerardo  will continue to host his Sunday prime time show on Fox News.