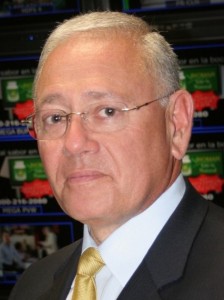 He will be in charge of the operation and production of the television division. He will report to the recently promoted Alex Alemán, Senior Vice President of Consolidated Operations of SBS.

Schwarz has 35 years of experience in television production and management.  He previously worked as General Director of Drama Production at Univision Network, where he developed telenovelas.

Prior to Univision, he was President of Fonovideo Productions, a position he held from 1996-2007. In this role, produced a series of shows and telenovelas in Venezuela which were rebroadcast on Telemundo and Univision.  Before that, he developed and produced more than 50 television programs in his native Venezuela, including international novela hits “Cristal” and “Topacio.”