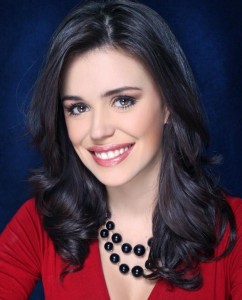 Carolina Sarassa has joined MundoFox as a national correspondent based in Los Angeles.  Her first day on the job was Monday.

Carolina was most recently news anchor and producer at KINC, Univision’s affiliate station in Las Vegas, a job she has held since April 2008. Just two weeks ago she won two regional Emmys.

She was previously anchor/reporter for Univision’s affiliate KORO TV in Corpus Christi.  Before that, she was an associate producer and researcher for “Aquí y Ahora,” Univision’s news magazine.