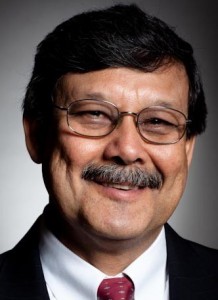 Former Newsday editor Ernest Sotomayor has been named Dean of Student Affairs at Columbia Graduate School of Journalism. He joined Columbia as Assistant Dean for Career Services and Continuing Education Programs in February of 2005. In his new role, he’ll oversee the offices of Admissions, Student Services and Career Services. He takes over from Sree Sreenivasan, who was named Chief Digital Officer for Columbia University.

“Having an opportunity to work with students at such a world-class institution like Columbia Journalism School is a great opportunity that you never want to pass up. It provides a chance to have an enormous impact on the experiences of a lifetime for the students, and I look forward to helping them make the very best of their time at Columbia so they go on to strong careers in news media,” says Ernie.

Ernie spent almost 30 years in journalism. Prior to joining Columbia, he was News Editor, Deputy Business Editor and Brooklyn Queens Editor for Newsday. He was previously a reporter and editor for the Dallas Times Herald. He started his career as a reporter at the El Paso Herald-Post in 1976.

Ernie was UNITY president between 2003-2004. He was inducted into the National Association of Hispanic Journalists Hall of Fame in 2011.