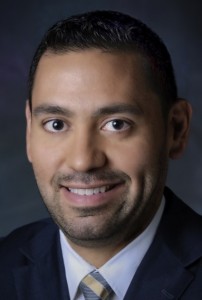 Ramón Escobar joins CNN Worldwide as Vice President of Talent Recruitment and Development. He’ll be based in New York and report to Amy Entelis, SVP, Talent and Content Development for CNN Worldwide. He starts the job next week.

Ramón was most recently Executive Vice President, Telemundo Network News, where he oversaw the entire network’s news division including all international news bureaus and the development of on-air talent. He left that post in September of 2011.  He was previously VP at Sucherman Consulting Group in New York.

Before that, Ramón was Sr EVP of Entertainment, in charge of the network’s entertainment division and SVP, News & Creative services, Telemundo Stations Group, based in Miami. Prior to that position, he spent 2 years at MSNBC, first as Executive Producer and then as VP, Live Programming, responsible for all live news programming. He was previously also VP and News Director of WTVJ, the NBC O&O in Miami.

The Talent and Development department is a newly-created division overseen by Mark Whitaker, CNN Worldwide Executive Vice President and Managing Editor. Amy Entelis is the executive in charge of recruiting and developing talent, developing new programming and overseeing acquisitions strategy for CNN, HLN and other CNN platforms; and  Vinnie Malhotra oversees program acquisitions and development for CNN and HLN.