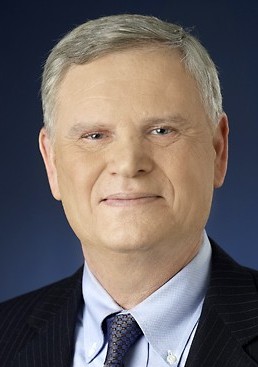 Randy Falco, Univision’s President and CEO on Wednesday sent a letter to Janet H. Brown, Executive Director of the Commission on Presidential Debates expressing “disappointment” that  millions of Hispanics won’t “have a voice in the upcoming presidential debates.”

Univision had submitted  the names of anchors Jorge Ramos and María Elena Salinas for consideration, but the commission didn’t pick either one.

The CPD chose CNN’s Candy Crowley – the first woman since Carole Simpson in 1992 – to be one of the 3 presidential debate moderators.

The other two are PBS’ Jim Lehrer and CBS’s Bob Schieffer. ABC’s Martha Raddatz will moderate the vice presidential debate.

“Since you have already made your decision on moderators for the debates and have neglected to have someone speak credibly to the concerns of Hispanics in America, Univision would be willing to create a forum,” Falco wrote in the letter, adding that with Jorge and María Elena would be the moderators.

Brown turned down Univision’s offer: “We recognize there are many organizations and individuals who wish they had been included in our moderator selection. Debate arithmetic means that it is impossible to accommodate all of them.”

During the national newscast, Jorge told the audience of this exchange and said Univision would invite President Obama and Republican presidential candidate Mitt Romney to a forum to address the concerns of the Hispanic community.

He also invited the audience to chime in on Twitter: #debateunivision.

Here’s the segment where Jorge addresses the issue:

There are other Hispanic notable journalists who would’ve made great moderators. Among them, PBS’ Ray Suarez and CNN’s Soledad O’Brien.

View this document on Scribd