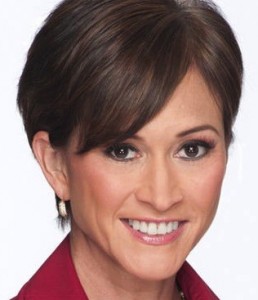 Kathy Vara will no longer have to get up at 2 am to be on the set at 4:30 am. She has been reassigned to anchor 6 and 11 pm weekend newscasts, as part of an anchor shuffle at KNBC.  She starts the new gig this weekend. She replaces Stephanie Elam, who was moved to full-time general assignment reporter.

She had previously anchored KABC’s early morning newscast at KABC for nine years. Before that, she co-anchored NBC4’s “Today in LA” from 1994 to 2001.