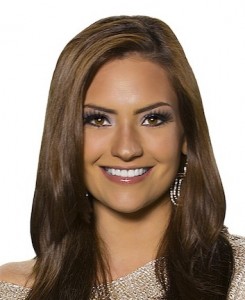 Michelle Galván is the newest addition to the Univision KXLN Houston news team.  Starting Tuesday, September 4, she will be anchoring the 5 and 10 pm weekday newscasts with Osvaldo Corral.

Michelle joins the station from Monterrey, Mexico, where she was most recently an anchor for Televisa-owned FORO TV.

She began her television career as a weather anchor at TV Azteca in Monterrey, before moving over to Televisa.