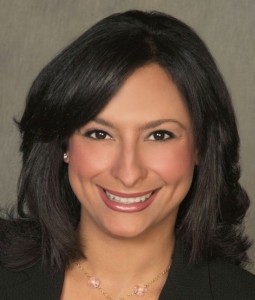 Starting today, WGN news anchor Lourdes Duarte will be delivering news briefs on WLEY-FM, the SBS radio station in Chicago.  Her news segment on “La Ley 107.9FM” will air Mon-Fri at 2:50 pm CT, during Omar “El Plebe” Novela’s midday show, as part of an arrangement between WGN-TV and WLEY-FM.  Lourdes and Omar will also discuss issues important to the Latino community in Chicago.

“I started out in news working with Spanish media, so it’s exciting to go back to it,” says Lourdes. “I will just have to make sure my brain makes the switch from Spanish to English in time for the 5 p.m. show every night. Otherwise I may start WGN News at 5 with: ‘Hola . . . yo soy Lourdes Duarte.’ ”

Lourdes currently anchors “WGN News at Five” and hosts WGN-TV’s public affairs show “Adelante Chicago.”  She joined the Tribune-owned station as a reporter in 2007. She was promoted to anchor in 2009. Prior to WGN-TV, she was a reporter/fill-in anchor at WJBK-TV in Detroit, Michigan and a reporter for WXIN-TV in Indianapolis. She started her broadcast career in her native Chicago, working as a freelance reporter for Telemundo.