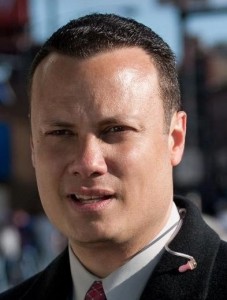 After only 9 months as a reporter/anchor at WSNS, Rolmán Vergara is no longer at the station. Apparently, Telemundo Chicago is undergoing some talent changes.  Just yesterday, longtime anchor/reporter Tsi-tsi-ki Felix announced her departure from WSNS as an “amicable” parting of the ways.

Rolmán joined  Telemundo Chicago in March of this year, from Telemundo New York, where he spent 2 years as a news reporter. He was previously a sports and news anchor/producer for the Regional News Network (HNN – Hispanics News Network). Before that, he was a sports anchor/news reporter for Telemundo NY.  He began his career as a radio newscaster in Cuba.

Requests for comment from station executives about the changes and replacements have yet to be answered.

“The departure of Tsi-tsi-ki Felix was amicable and mutual, we thank Tsi-tsi-ki for her years of hard work, dedication and commitment to reporting relevant news in our community; we wish her well in her new endeavors.  Rolman Vergara and Telemundo Chicago have also parted ways; Telemundo appreciates his good journalism during his tenure in Chicago. We are beginning a national search for qualified candidates to refill the open positions; they will be posted on our website in the coming days.  We are excited to report that Telemundo Chicago is moving into a new direction with original programming and new initiatives coming very soon.”

For the time being, Alfonso Gutiérrez will be anchoring the 5 and 10 pm newscasts.