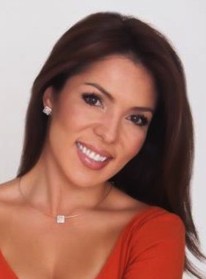 After 11 years at WSNS-44, Tsi-tsi-ki Felix has left the station.  The Emmy-award winning news anchor sent out an announcement moments ago saying she has “amicably parted ways” with Telemundo Chicago.

“I look forward to sharing news in the very near future about an opportunity that is in development and will have me reaching even more television viewers in ways that truly inform, inspire and empower,” she said in a statement.

In addition to her anchor duties at WSNS, Tsi-tsi-ki has also served as a correspondent for Telemundo news programs.

Prior to Telemundo, she worked at Chicago Spanish radio stations WOJO and WIND, where she produced, edited, and reported daily.