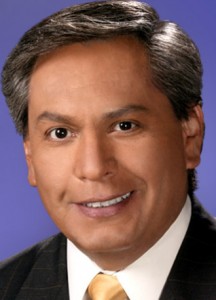 After 17 years at KCAL 9 in Los Angeles, Dave Gonzales, co-anchor of the noon and 2 pm newscasts, is no longer with the station.

Mediabistro reports Dave “has parted ways with KCAL” and that his last day on the air was Dec. 4.

Before KCAL, Dave anchored at KCOP-13 (back then a Chris-Craft station) for 3 years.

He began his broadcast career in Salt Lake City, working in radio news before transitioning to television. He held jobs in Fresno and San Diego before moving to LA.