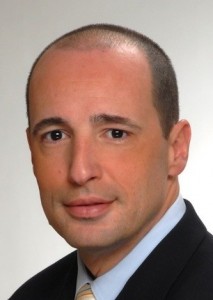 Valle, responsible for 70 radio stations in 16 of the top U.S. Hispanic markets and five stations in Puerto Rico, will be featured as the cover interview in the January 7 issue of Radio Ink.

About being named Executive of the Year, Valle told Radio Ink:

“This is radio. This is fun stuff. Being able to enjoy what we do, having a connection to our folks that put up banners – because I’ve been there, working with the traffic department. I’ve been there, and I understand the dilemma of salespeople bringing in orders past the deadline. All those kinds of things, I think, play into it, but at the end of the day, I think it’s about transparency and being authentic….I am just a simple radio guy.”

Before joining Univision Radio in Feb. 2011, Valle was President and GM of Telemundo’s KVEA-52, also overseeing operations for Spanish-language independent station KWHY in Los Angeles from 2008 to 2010.