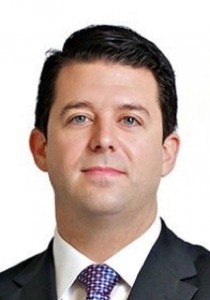 Roy Meyeringh, named General Manager of GenTV in July of 2012, has been let go today, according to inside sources.

Apparently, there will be some more changes announced soon, including Meyeringh’s replacement.  Word is that former Univision and MegaTV exec José Pérez may be taking over the role.

WGEN-TV, now the MundoFox affiliate in Miami since Dec. 28, formerly known as GenTV, has gone through some big changes in the past few months.

After a very publicized rebranding and relaunching of the station in October, with expanded newscasts and the arrival of María Elvira Salazar to GenTV, the station pulled the plug on all its original programming with no explanations to viewers or to the media when it became the MundoFox affiliate.

Requests for an interview about the future of the recently launched local programming were not answered.

Some media insiders speculate that MundoFox will take over the station, which is owned by Colombia’s Caracol Television Group, as part of a lease management agreement.