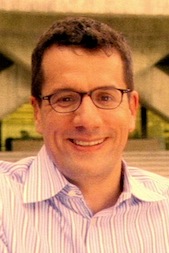 Otto Padrón, President and COO of Meruelo Media since March of 2012, sat down with Media Moves to talk about the immediate expansion plans of his company.

The company recently bought an impressive-looking building in the Mid-City area of Los Angeles.  According to Padrón, Meruelo Media is making a multi-million dollar investment in the building, construction of studios, equipment acquisition and plans to become an entertainment production business.

MM:  How did the idea of entertainment programming emerge?

OP:  When I came on board, it was as the president of the media division of Meruelo, which was non-existent at the time.  I came on board to take the station from what it was… a single station in the number one market, with the idea of building it into a media empire – one that will produce and distribute content.

Everything we’re buying in terms of equipment is with the vision of being a premier provider of content.

I think that 2013 – and that’s how I pitched it to Alex Meruelo [owner of Meruelo Media] – is an expansion year.  We’re expanding to a new building, we’re going to have new sound stages and we’re expanding our secondary channel – Super 22, rebranding its platform and recruiting a general manager and a team of its own.

And… this is the year we’re going to launch the Meruelo Media Entertainment division.

MM:  Do you have a target date for the launch of your production enterprise?

OP:  By the third quarter of 2013.  Meruelo Media is expanding in the number one market – a market in which viewers deserve quality programming.  We’re going to give it to them.  L.A. deserves to have a production content generator beyond Estrella TV [which produces shows in its own studios].

Our expansion should also be read as more jobs and opportunities.

MM:  How many jobs are you talking about?

We don’t have a number yet.  It will depend on the number and type of projects.

MM:  What kind of programming are you thinking of producing?

OP: We’re looking at some more news information driven programs and scripted fiction.  We’re now at a stage of the game where we’re beginning to create content.

MM:  Are you launching the entertainment division to offer programming to MundoFox or are you open to other distribution deals?

OP: Let me put it this way.  My concept and vision for the station is to be the place to generate relevant content for US Hispanics. We know we can produce news.  We have a newscast that works very well in LA.  Now we’re planning on going beyond news.

One vision point share with MundoFox is that our content has to be quality-driven. This will only benefit the screen across all the networks.  When we produce in our own backyard, it connects with viewers and gets ratings and revenue.  It’s all about being more relevant.

Padrón says he’ll be attending the upcoming NATPE conference in Miami to scope the market and to spread the word that Meruelo Media will soon be a player in the programming and distribution world.

He is the President and COO of Meruelo Media since 2012.  He previously spent almost 15 years at Univision, most recently as Senior Vice President of Programming and Promotions.  He began his career at Telemundo Network as a producer, working his way up to Director of Programming.

Padrón is a Brigade Operations Office (S3) in the US Army Reserve.