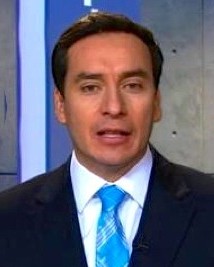 Univision’s Mexico City correspondent, Edgar Muñoz has left Univision.  He quit the network to move to Los Angeles for a new job.

According to inside sources, he will be joining Telemundo’s KVEA-52 as weekday news co-anchor.  I’m told he’ll be paired up with Ana Patricia Candiani, who arrived to the local LA station in January of 2011.

Telemundo won’t confirm the hire yet, but sources say it’s a done deal.

Before Univision, Edgar previously worked in Los Angeles as an anchor for “Hechos 54,” a local newscast on Azteca América in 2003.