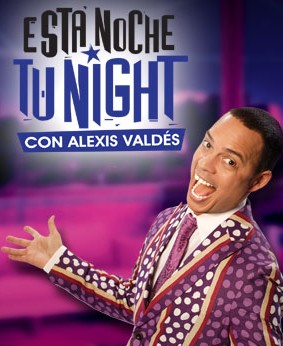 Alexis Valdés, host of “Esta Noche Tu Night” on Mega TV since its debut on January 28, 2008, is no longer with the company.  He announced his departure from MegaTV last night via his Facebook and @alexisvaldes Twitter accounts:

“Friends, I will no longer continue on Esta Noche Tu Night. It was a difficult, but necessary decision.  Thank you all for your love during five years. See you around.”

The Cuban comedian today reinforced his departure on his social media accounts, saying he wasn’t joking. “I left the show on Mega,” he wrote.  But insists better things are coming soon.

MegaTV today didn’t make any comment with regards to Alexis’ departure, but announced Felipe Viel was taking over the show, starting tonight. 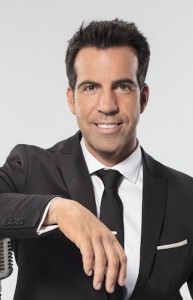 According to the Miami-based network, Felipe has singed a contract with MegaTV.

The show will undergo some changes, but will maintain its current team of actors and musicians.

Felipe was previously one of the co-hosts of Telefutura’s “Escándalo TV.”  His broadcast career includes stints as a reporter for Channel 13 and a telenovela actor in his native Chile, prior to his move to Miami in 2000.

UPDATE:   After the publishing of this story, MegaTV’s communication director sent the following statement attributed to Alfredo Schwarz, VP of Programming and Production for MegaTV: “Alexis did a great job hosting Esta Noche Tu Night for 5 years. We wish him to the best in his new endeavors.”