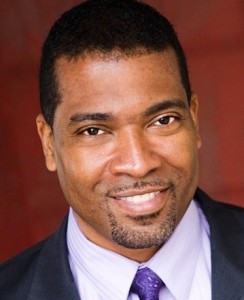 Carlos will have an entertainment segment every Thursday during the 5 pm newscast.  His features and interviews will also appear throughout various MundoFOX 22 and Meruelo Media Productions.  His first segment profiled Grammy-winning performer Pepe Aguilar.

“I’m really happy to join MundoFox 22 and have this wonderful opportunity,” Carlos tells me.  “I had been thinking about resigning from Univision Radio for the past two years.  There are times that you need a little bit of independence in your career.

While I was at Univision Radio, I couldn’t do anything else without getting permission.  But I can’t complain.  I had an excellent career with Univision.  They gave me and my family a lot and I really wish them the best.  Now it’s time to move on…. there are a lot of opportunities out there.”

For the past 16 years, Carlos had been a high profile DJ with Univision Radio station KLOVE 107.5 FM in Los Angeles.  He was also the co-anchor of “Lánzate,” an entertainment morning show that aired on Telefutura.

His contract with Univision Radio expired in December of 2012 and it wasn’t renewed.  November 2 was actually his last day on the air at KLOVE.

“They notified me on November 2 that they wouldn’t renew my contract in December. They told me it had nothing to do with my performance, that it was a business decision,” he says.

Carlos tells me that he had an exclusivity contract with Univision Radio that allowed him to work at Univision’s KMEX-34 and Telefutura.  But once that contract expired, he was informed he could not remain on the air on Univision or Telefutura.

“They told me that I couldn’t even ask for a job anywhere on Univision.”

Radio broadcasting is Carlos’ second career. Before joining KLOVE in 1996, he worked in the banking industry.

“Radio has always been my passion.  People would always tell me that I had such a great radio voice that I decided to try to get a job in radio,” he remembers.  “I didn’t know anyone in the industry.  But one day, I went to KLOVE and met the station’s programmer.  At that time, it was Pío Ferro.  He told me there wasn’t anything available, but he told me to call him every week, until something opened up.  I did.  I called him every Monday for months, until finally one day, he said there was an opening and that he would train me.”

His first day on the air was September 10, 1996.  At first, he did the weekend and early morning shifts, while keeping his job at a bank.  Two months later, the evening DJ, David Raúl, left the station and he took over the 8 pm to midnight shift.  That’s when he quit his bank job and started the second phase of his professional career as a broadcaster.

“Two or three years later, when Pío moved to Miami, I got the afternoon shift, which Pío used to do.  I stayed there until my last day at KLOVE on November 2.”

One of the things that Carlos says he loves most about his radio career is that he has a direct connection to his listeners.  He has a great fan base, with thousands of followers on Twitter and Facebook.

Carlos is not a staff employee at MundoFox 22.  He’s a contributor, but that leaves him the flexibility of doing other projects – especially in radio.

“At this very moment, I’m in negotiations with a Southern California radio station.  We’re getting a team ready for a show that we’re planning to do.  As soon as we sign the deal, we’ll announce all the details.”

Carlos says he could very well have his own radio show on the air in a matter of weeks.

“I’ll be able to do radio just like I want to do.  I’ll manage the projects just as I see fit, without having to ask anyone for permission. I’m valuing this more than anything.  I left a great company, but now I have the opportunity to do many more interesting projects.”