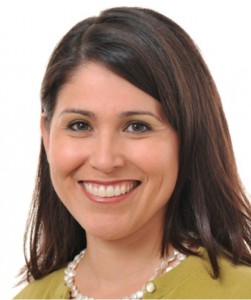 Yvette Cabrera has landed a new job.  She’ll be an investigative reporter for the startup journalism project called Mission and State, formerly known as the Santa Barbara Investigative Journalism Initiative.  She starts in early March.

“My journalism career has taken me from West to East and around the globe, but I had always hoped to one day return to my hometown to practice the craft that I love most. The Mission and State journalism initiative allows me to fulfill that dream and also gives me the ability to practice journalism at its highest form, through investigative reports with a focus on narrative writing,” Yvette tells me.

“I grew up in working class neighborhoods throughout Santa Barbara, and as the daughter of Mexican immigrants college might not have been in my future were it not for the scholarships I received from organizations such as the Santa Barbara Foundation. So I’m excited to come full circle and to be able to return to Santa Barbara to dedicate myself to covering a community that I care about deeply.”

Yvette will be moving to the Santa Barbara area, but she says she’ll be returning to Orange County periodically to continue reporting on a few projects she’s currently working on. “I just won a grant from the Fund for Investigative Journalism in Washington DC to report on an Orange County-based investigation with statewide ramifications,” she says.  That grant was announced on Feb. 15.

Yvette is an award-winning investigative journalist who worked as a staff writer and news columnist for the Orange County Register from 1999 to 2012, specializing in social issues and Latino affairs. She has most recently been working as an investigative producer for KCBS in Los Angeles.

The Mission and State project, led by Executive Editor Joe Donnelly was created late last year through a Knight Foundation grant, will operate under the umbrella of the not-for-profit Miller-McCune Center for Research, Media and Public Policy.