The co-founder and majority investor of the English-language Hispanic news website VOXXI is under investigation by the FBI.

When contacted about the story, VOXXI President and CEO Emilio Sánchez stressed “VOXXI is an independent news site.”

Sánchez pointed out the investigation is for “alleged fraud” and insisted that the millionaire eye doctor’s other investments, including the website, are not part of the probe. 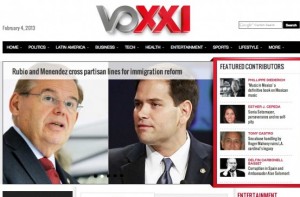 Shortly after contacting Sánchez, he published the following editorial: “A fierce campaign against the dignity of Dr. Salomon Melgen.”

VOXXI was launched in November of 2011.