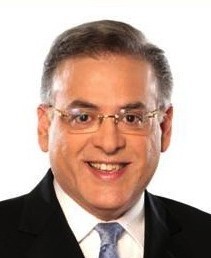 Oscar Haza has hired an attorney and is suing América TeVé  for breach of contract and damages over unpaid salary.

A day after publishing the story of his resignation from América TeVé, the station vehemently denied his departure and even issued a press release, stating:

“Rumors being circulated via the Internet regarding the resignation of Oscar Haza from América Tevé are completely false. América Tevé has not received a letter of resignation. Oscar Haza’s current multi-year contract is still in effect.”

Hours later, an attorney for Oscar not only confirmed he left the station, but that he is suing America-CV Network and Sherjan Broadcasting Company, parent company of América Tevé, where he has worked for the past 10 years as host of “A mano limpia.”

Luis Fernández, of the law firm Fernández Caubi & Fernández, P.A., who is representing Oscar, says legal action was necessary “after months of waiting for promises to be kept, noting the years of faithful loyalty and service that have gone unnoticed….Mr. Haza seeks damages for breaches of contract and an accounting for monies due him.”

In an interview with El Nuevo Herald at his lawyer’s office yesterday, Oscar affirmed: “I’ve always complied with all the work assigned to me, even to the point that it affected my health…. I’m very disappointed because my loyalty and work ethic has never been recognized [by América TeVé].”

In December of 2010, Oscar underwent a quadruple bypass heart surgery.  He was off the air almost 4 months, returning to his show in April of 2011.

Omar Romay, President and CEO of America CV Network released this statement shortly after news of the lawsuit:

“We have always fulfilled our terms of the agreement. We look out for Oscar’s well-being at all times. Oscar’s salary matches the success of this program and his professionalism. We have had 10 years of a great relationship and this is not the first time that rumors about his departure have been said. We have always solved misunderstandings like family. We hope to continue to do so. Meanwhile, we have an excellent team of professional journalists and producers that cover vacations, sick leave and personal days.”

“A Mano Limpia,” with Oscar as its host, provides great ratings for Romay’s station. This América TeVé Nielsen ratings graphic boasts better ratings than all competitors during the 8-9 pm time slot in Miami. 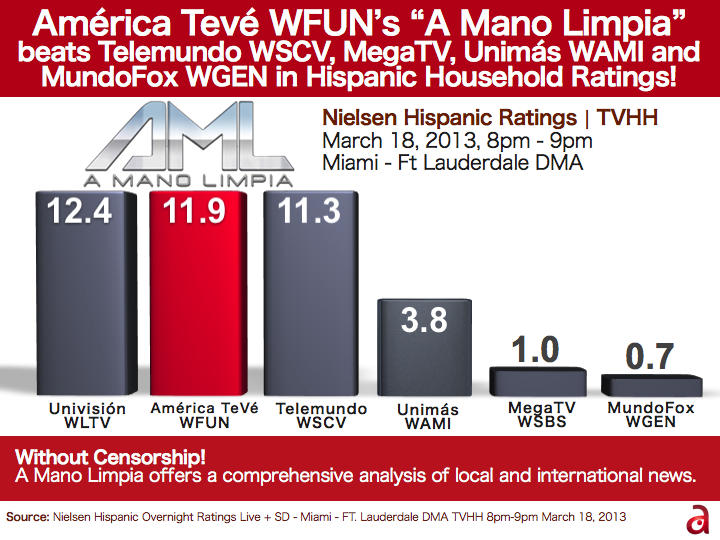