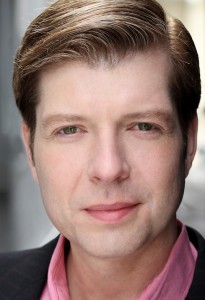 Fernando was off the air last week.  Journalist Pablo Kleinman filled in, while Fernando was packing up and moving to the nation’s capital.  He’s back on the air tomorrow with The Fernando Espuelas Show from D.C.

Fernando says due to the nature of his show, the move just made sense.  His bilingual radio show features interviews with many Washington D.C.-based politicians.  Senator Richard Durbin is confirmed for the first show in the new digs, as well as Frank Sharry, CEO of America’s Voice.

“The decisive role played by the American Latino electorate in the 2012 elections represents a paradigm shift in national politics.  Across a range of issues, from the economy, to education, and immigration policy, to name but a few hot-button issues, the weight of the Latino vote was felt in races across the country,” explains Fernando.

“By being close to the center of national power, Washington, I hope to be able to give my audience a deeper perspective on the issues they care about – while also giving political leaders a national platform to connect with this critical and fast-growing segment of the American electorate.”

Fernando’s national daily radio talk show airs on the Univision America Network Monday to Friday at  2-4pm EST/1pm-3pm CST/11am-1pm PST both on local radio stations and online at espuelas.com, as well as on Univision Radio’s iPhone or Android app.

The show, which also welcomes listener call-in questions, has been on the air since 2008.