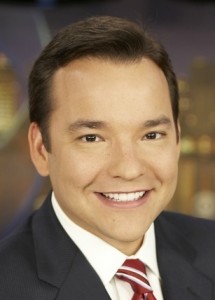 Juan Carlos Fanjul has left WPEC, where he was weekend anchor and reporter for CBS12 News in West Palm Beach.  His last day on the air was this past Sunday.

“Management was very kind to offer a new contract, but after 5 years, it was time for a change. I am currently looking at some new and very exciting opportunities,” he wrote on his Facebook page today.

When Juan Carlos joined CBS 12 in January of 2008, he started out as a weeknight anchor/reporter, but was moved to mornings and last year, to weekends during a newsroom shake-up at the station.

Prior to WPEC, Juan Carlos spent 6 years at WGN-TV in Chicago, where he was a reporter/substitute anchor and host of “Adelante Chicago,” the station’s weekly Latino issues program.

Before WGN, he worked as a reporter/substitute anchor at WSVN-TV in Miami. He previously reported for WPBF-TV and WPTV-TV in West Palm Beach. He began his career at WHBF-TV in Rock Island, IL.