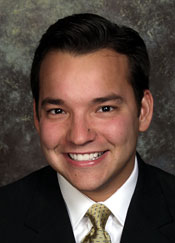 Juan Carlos Fanjul returns to West Palm Beach to work as weeknight anchor/reporter at WPEC CBS 12. He leaves WGN-TV in Chicago, where he was a reporter and substitute anchor since 2002.

Before his Chicago gig, Juan Carlos worked at WSVN-TV in Miami as a reporter/substitute anchor. He previously reported for several years at WPBF-TV and WPTV-TV in West Palm Beach.

Juan Carlos will be at the anchor desk weekdays for the 7 pm newscast and report live at 11 pm. He starts the new job on January 23.