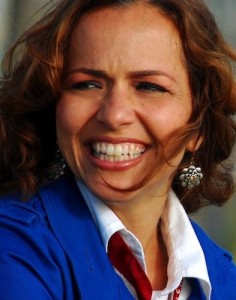 María Elena Fernández, who in January of this year took a buyout from The Daily Beast, has been hired as a Los Angeles-based entertainment correspondent for NBCNews.com and Today.com. She starts the new job on May 6.

María Elena says she’ll be covering entertainment, pop culture and celebrity justice for the Comcast-owned online properties and will probably appear on air from time to time.

“Comcast is investing a lot of resources into expanding NBC’s digital news staff and integrating it into the NBC News operation,” she says.

“As a longtime journalist, it’s exciting to join an established and highly reputable media brand that is also creating something new. It’s like working at a start-up for grown-ups.”

Prior to The Daily Beast, María Elena spent 12 years as an entertainment reporter at the L.A. Times.

NBC News has been beefing up its online staff, after it ended its 16-year joint venture with Microsoft and created the new site NBCNews.com last year.

The new website will focus on original work, not wire copy or partner news organizations’ stories.