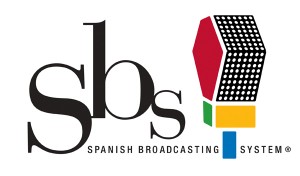 SBS released its financial results for the 4th quarter of 2012, revealing consolidated net revenues totaling $36.9 million.  That was a drop of $1.2 million or 3% from $38.2 compared to the  same prior year period.

The radio segment of the company saw a steeper decrease of $1.4 million or 4% “due to special events revenue and network sales, offset by increases in national, barter, local and interactive sales.”

During the company’s earnings call yesterday, COO Albert Rodriguez stated that the company’s focus during 2012 was to strengthen and expand its digital presence and leverage “the popularity of our station brands and content resources” while continuing “to improve the profitability of our television segment, which once again posted positive operating cash flow in the fourth quarter.”

He also pointed out that national sales “increased significantly in our New York, Los Angeles, Miami and San Francisco markets. The driving force behind these increases was political, automotive, telecom and holiday retail business.”

He indicated that with an improving advertising environment and careful cost management, the company has positive business prospects for 2013 and beyond.

During the past week, SBS hired top level Univision Radio sales and entertainment executives, signaling a desire to tackle a more aggressive competitive strategy  in the Spanish-language radio market place.

You can read the transcript of the call here.