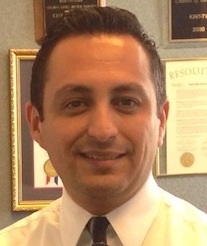 Uriel Posadas has been named News Director of KINT-26, the Univision affiliate in El Paso.  He replaces Zoltán Csanyi-Salcedo, who left in March to take a job at ESPN.

Uriel joins the Entravision owned station from KTDO-47, where he helped launch the Telemundo affiliate’s newscast in November of 2010.

He was previously Executive Director at KUVS, the Univision O&O in Sacramento.