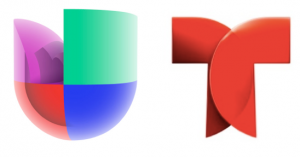 Univision and Telemundo will both be officially unveiling their 2013-2014 programming slate during their upfront presentations today.

Both networks held preview events last week.  Telemundo held a pre-upfront press conference in New York City on Thursday and Univision did a phone conference with media on Friday.

Among the Telemundo reveals: the network will produce 1000 new hours of original programming and has signed a partnership deal with Ryan Seacrest Productions to bring ‘Duelo Musical: Super Estrella’, a new variety series.

Univision, which focused on this year’s theme:  “One for All,” providing advertisers a one-stop-shopping experience through its multiplatform portfolio offerings, announced it will bring in 30 new shows, including two adapted American series:  “Gossip Girl Acapulco” and “Metástasis,” (Sony’s “Breaking Bad”).

Stay tuned for a detailed recap of the upfronts.