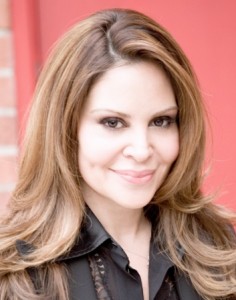 Media entrepreneur Nely Galán will be a guest co-host on “The View” tomorrow, July 11.  The former President of Entertainment for Telemundo and reality show producer is one of a handful of Latinas who have been invited as guest co-hosts throughout the years.

This past May, Univision anchor Pamela Silva joined the female talk-show roundtable.

Since its launch in 1997, “The View” has failed to include a permanent Latina co-host, with the exception of a few guest-host spots.

When asked today if ABC will strengthen its recruiting efforts to have a steady Latina co-host on the show, publicity director Lauri Hogan replied in an email statement:

“Viewers will continue to see a variety of guest co-hosts/potential candidates, those of different gender, age, experience and background who are spontaneous, opinionated, entertaining and engaging.”

Since its launch in 1997, the show has had an Asian-American – Laura Ling –  and several African-American women co-hosts – Star Jones, Whoopi Goldberg and Sherri Shepherd.

Hasselbeck’s departure is a perfect opportunity for ABC to fill that slot with a full-time Latina host.  It’s about time.