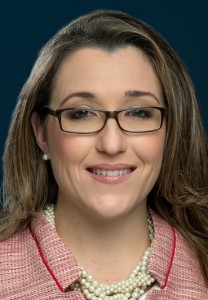 Teri Arvesu is leaving her job as Executive Producer of WLTV-23 in Miami to become News Director at WGBO-66 in Chicago.  While she doesn’t yet have an exact start date in Chicago, it will be within the next few weeks.

Teri will be reporting directly to Larry Sands, Regional VP of Univision Chicago.

Before  joining Univision in 2003, she worked at Telemundo network and its local affiliate in Miami, WSCV-51 for more than 10 years in multiple roles including production and promotions. Teri helped launched  WSCV-51’s morning and weekend newscasts.

A recipient of an Edward R. Murrow and 7 Emmy’s, she began her television career as an intern in Telemundo in 1993.