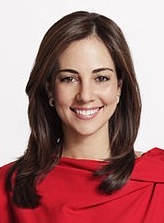 Univision correspondent Mariana Atencio will join Fusion as an anchor for the new network. According to inside sources, she’ll be a morning anchor.

A reporter for the Special Investigations and Documentaries Unit for the network, Mariana joined the Univision News in English team in January of last year.

Prior to joining Univision in August of 2011, Mariana was a news anchor/reporter for Vme-TV.  She previously worked as a multimedia reporter at El Diario/La Prensa and also freelanced as foreign correspondent for the Venezuela’s Globovisión.

Fusion announced it will launch the new network on Oct. 28 and revealed some of its programing last Thursday, Aug. 1.