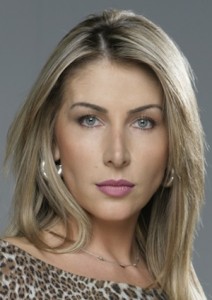 Gloria Echeverry has been hired to become WNJU-47’s new weeknight anchor.  She’ll be co-anchoring the 6 and 11 pm news Monday-Friday, alongside Jorge Ramos, who has been on the job since 1981.

Gloria starts the new job today, although she won’t be on the air just yet.  There is no set date for her on-air debut at the Telemundo O&O in New York.

Gloria was most recently a television host for Casa Club TV International.  She previously held multiple TV hosting and news anchor jobs in Colombia, including for Noticiero 24 horas and NTC and GOS Televisión.