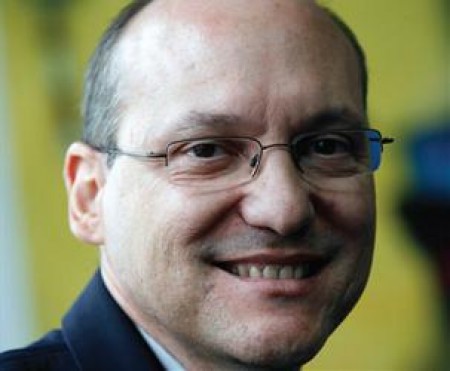 Manny García, currently Executive Editor and General Manager of El Nuevo Herald, has resigned, leaving the company where he has worked for the past 23 years. His last day is October 18.

He has accepted a job as Editor of the Naples Daily News, where he was introduced to staff on Thursday by Mizell Stewart III, VP of Content of the newspaper division of the E.W. Scripps Company.  He starts the new job on October 21.

Manny has been Editor of El Nuevo Herald since 2009. Under his direction, the paper became the first Spanish-language medium to be named a finalist for a Pulitzer Prize for its coverage of the 2010 Haiti earthquake.

He was previously Managing Editor at the Miami Herald. During his long career at the paper, he worked as a police and courts reporter, city editor and senior editor and was part of two Pulitzer prize-winning teams, investigating voter fraud in a 1997 Miami city election and covering the Elián González story in 2000.

Known for his investigative background, Manny was elected President of IRE in 2011.