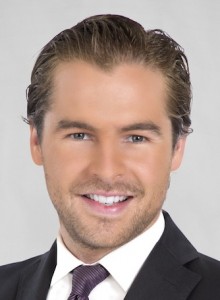 “Buenos Dias Los Angeles” will air  live Monday to Friday from 5 to 7 am.  Until today, the station’s morning show was from 6 to 7 am.

Vaqueiro comes to the LA station from Mexico City, where he had been a Telemundo correspondent with “Al Rojo Vivo.”