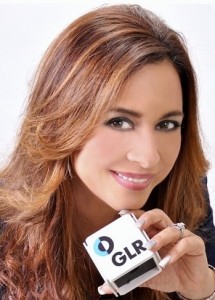 Neida Sandoval, who anchored “Despierta América’s” news segment for 14 years, is making a comeback on radio.  Starting today, GLR Networks is launching a new infopinion radio show carrying the name of its host.

“Neida Sandoval” will air live from 1 to 3 pm PT in the Los Angeles market on 690AM (XEWW) with later plans focusing on national syndication. Listeners will also be able to tune in online at www.wradio690.com.

The show is formatted to specifically target Mexican Regional stations and will cover topics that affect the lives of today’s Latinos.

She will also head the top-of-the-hour headline newscast, “Minuto 60,” which currently airs in 70 markets, including LA, Miami, Houston, El Paso, and San Francisco.

Neida was one of the original team members of “Despierta América” until she was removed from Univision’s morning show in June of 2011.

For the last two years Neida has focused on charitable activities.  She has been the Goodwill Ambassador for Aldeas Infantiles SOS Honduras, a global project that provides shelter and education to thousands of orphaned children.

Although not yet confirmed, it has been rumored for a couple of weeks that she will soon be returning to television.  Stay tuned.