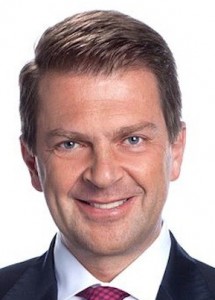 Emilio Romano, who has been Telemundo Media’s president since October 2011, resigned this morning.  Today is his last day on the job.  No more details on where he’ll be going next.

“I want to personally thank Emilio for his contributions to Telemundo Media. His focus on positioning Telemundo to take share from Univision, and mun2 to better resonate with the rapidly growing millennial population has established a foundation for growth. As a result, he has been instrumental in elevating the perception of Telemundo in the marketplace. Most recently, he has been a good partner to me.”

Uva says a formal search for Romano’s replacement will begin immediately. In the meantime, he will be spending more time at Telemundo’s headquarters in  Hialeah, where he’ll be involved in the day to day operations of the network.  All executive personnel will directly report to Uva in an interim basis.