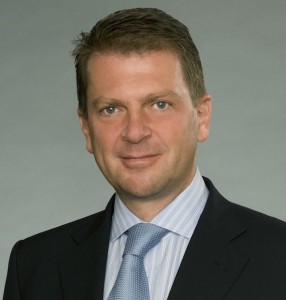 Emilio Romano is the new President of Telemundo and will begin the network’s top job in October. NBCUniversal made the announcement today.  He replaces Don Browne, who retired in June.

Romano will be responsible for leading the Telemundo broadcast network and its 14 owned stations, including the Entertainment Division and Telemundo Studios. He will also oversee the News and Sports divisions, Telemundo International, Telemundo’s Digital Media group, mun2, and the network’s sales and marketing units.

Romano has held a wide range of senior leadership positions over the past two decades, from start-up entrepreneurial roles to running large-scale business operations in the media, Internet and aviation industries.

Romano, co-founder of Border Group, LLC, has served as an advisor to several entertainment and media companies and was a member of the Board of Directors for multimedia company Claxson Interactive.

During the late ’90s, Romano was Grupo Televisa’s Director of Mergers & Acquisitions and later Vice-President of International Operations. From 1995 to 1998, he was a member of the Board of Directors for Univision Communications. He was also responsible for Televisa’s operations outside of Mexico, including the record label Fonovisa and the worldwide programming distribution arm Protele. Additionally, he co-managed Cablevisión, the largest cable network in Mexico.

He currently serves on the Board of Directors for Tam Linhas Aereas (NYSE:TAM) and is the President of IATA’s International Airline Training Fund Council.