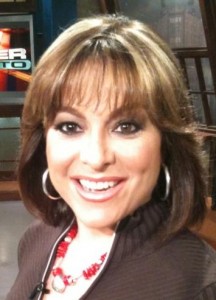 Former Univision sportscaster Rosana Franco returns to television after a year and a half absence.  She joins ESPN Deportes as one of the hosts of “Raza Deportiva,” the network’s first live morning simulcast show. Her first day on the show will be Monday, Oct. 14.

She’ll be introduced on SportsCenter during a special segment tonight.

The debate and analysis soccer program features hosts from three cities: Franco will be joining Omar Orlando and Leo Vega in Miami, David Faitelson and Rafa Ramos in Los Angeles, and Oscar Restrepo from Bogota, Colombia.

Rosana was previously host of Univision’s “Republica Deportiva” for 13 years, also appearing on “Primer Impacto” and “Gordo y la Flaca.” She was ousted from the network in April 2012.

She was the first female co-host of a sports show in Spanish-language television in the U.S. In 2004, Rosana was inducted into the Latin American International Sports Hall of Fame along with Juan Marichal, former MLB right-hand pitcher.