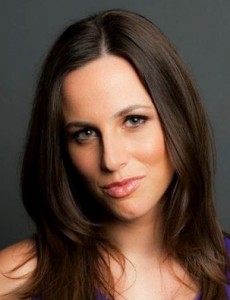 We’re just one week away from the launch of Fusion network, and the promotional efforts have been ramped up between Univision and ABC.

A Harvard grad, Alicia is the daughter of Sen. Robert Menéndez, and has previously been a political commentator on cable news networks FOX, CNN, and MSNBC.

Despite the country’s growing Hispanic population, the ABC female talk show has failed to name a full-time Latina co-host. The show’s most recent vacancy (after Elisabeth Hasselbeck’s departure) was filled with Jenny McCarthy – a missed opportunity to give a much needed Latina voice to the show.

In July of this year, Nely Galán guest-hosted the show. In May, Pamela Silva Conde joined the female talk-show roundtable for a day.