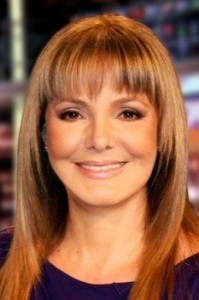 Weekday news anchor María Montoya is no longer with Telemundo 51 in Miami. Details are scarce about her departure.  A company spokesperson would only say she “has decided to pursue other opportunities and we wish her the best.”

María had been 6 and 11 pm weekday anchor since 2003.  She had previously anchored WSCV-51’s morning show and before that, had spent time at Univision 23.  She began her U.S. carreer in the 80’s at Telemundo’s Miami station.

Telemundo says it will conduct a search for her replacement.

Speculation that her co-anchor, Ambrosio Hernández, also left the company was dismissed.  According to the spokesperson, he is on vacation this week.