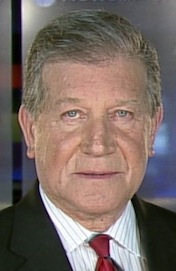 After months of rumors and Univision’s denial that Rafael Pineda was retiring, the company announced today that December 20th will be the long-running anchor’s last newscast.

Rafael has been WXTV-41’s main anchor since 1972 .  He is the longest-serving television news anchor in the New York area and is considered to be an institution in the industry.

The Emmy award-winning anchor has established a reputation of credibility and integrity and has contributed to leading “Noticias 41” to first place in local ratings.  Throughout his career, he has been acknowledged by many institutions receiving honorable mentions for his work.

In 2000, he was inducted into The National Academy of Television Arts & Sciences (NATAS) Silver Circle, making him the first Latino to be honored in this category.  He has also been the recipient of many awards, including an Emmy Award and 7 ACE Awards (Association of Critics in Entertainment) for Best News Anchor.

In November 2013, he will be inducted into The New York Broadcasters Association Hall of Fame.

In July of this year, Jorge Viera was hired as a news anchor, replacing Rafael on the 11 pm newscast.