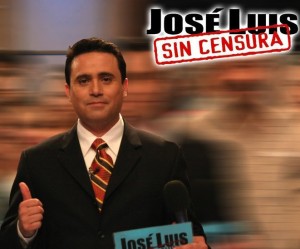 Three years after the National Hispanic Media Coalition and the Gay and Lesbian Alliance Against Defamation (GLAAD) filed an indecency complaint with the FCC against Liberman Broadcasting over its show “José Luis Sin Censura,” the company has settled the case.

Liberman has agreed to pay $110,000 as part of its agreement to resolve the 3 year-long FCC investigation into the airing of indecent, obscene, and profane content.

In the Consent Decree, the FCC agrees to end the Enforcement Bureau’s investigation and orders LBI to designate a compliance officer responsible for developing, implementing, and administering a company-wide compliance plan designed to prevent the broadcast of material in violation of indecency laws.  The  compliance plan includes the creation of a compliance manual, employee training, and compliance reporting to the FCC.

The settlement clears the way for any license renewals.

The complaint focused on the raunchy TV talk show “José Luis Sin Censura,” which Liberman pulled off the air in 2012.