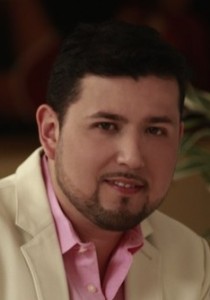 Telemundo’s “La Voz Kids” has at least one judge returning for season 2.  The network today announced that Regional Mexican music star Roberto Tapia will be back as coach for the singing competition, set to premiere in the spring of 2014.

In December, Telemundo announced it had signed Natalia Jiménez to join the new season of the show, and wouldn’t comment about who the other judges would be in the new season.

The network announced last week that Daisy Fuentes and Jorge Bernal would return as show hosts.

Born in San Diego, California but raised in Culiacán, Mexico, Roberto Tapia has become a well-known singer within the Regional Mexican genre. His recent album “Lo Mejor de…Roberto Tapia,” features 18 of his most popular songs including the song “El Señor de los Cielos” which serves as the theme song for Telemundo’s highly-rated original production of the same name. Tapia earned his first No.1 on Billboard’s Top Latin Albums chart in August 2012 with his 11th album, “El Muchacho,” which also topped Billboard’s Regional Mexican Albums chart.