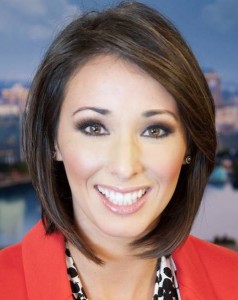 After more than 3 years as morning anchor at WFTV in Orlando, Bianca Castro is leaving the station for a new job in Dallas.  Starting next month, she joins KXAS, where she’ll be a reporter and co-anchor for NBC 5 News First at 4 pm.

Before taking on the morning anchor job at WFTV in October of 2010, Bianca spent 4 years as an evening anchor at KRIS-6 in Corpus Christi.

Bianca started her broadcast career in Waco, where she worked as reporter/anchor at KWTX-TV and as anchor/producer for Telemundo 26.