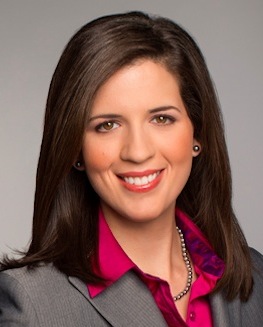 CNN announced today that correspondent Alina Machado will be leaving Atlanta to be based in Miami for the network.  A Miami native, Alina joined CNN last year.

In a statement, Terence Burke, VP of domestic newsgathering for CNN/U.S. attributed the move to capitalizing on her “fluency in Spanish” to give the network “the opportunity for deeper and broader coverage across multiple platforms.”

When CNN hired her in March of last year, the network announced Alina would report for CNN, CNN en Español and CNN Latino, the syndicated news block that will cease to exist later this month.

Prior to CNN, Alina was a reporter for the ABC-TV affiliate WSB-TV2 in Atlanta and before that, she was at ABC 11 – WTVD in Raleigh.