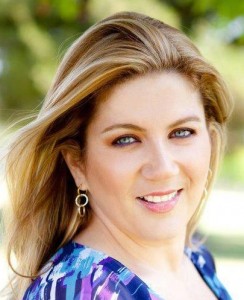 Moana Ramírez has been named News Director of KWEX-41, Univision San Antonio.  Her first day on the new job is February 17. She takes over the spot left vacant by Sam Belilty, who moved to Dallas to take over the news director position at KUVN-23.

Moana’s promotion comes after spending the past 8 years as Executive Producer of the KMEX-34 morning news in Los Angeles.

Moana will be commuting between L.A. and San Antonio until the end of February, during which time she’ll continue her EP role at KMEX while heading the Univision San Antonio news team.

Prior to her morning show EP position, Moana was Assignment Desk Manager for KMEX. Before that, she was a producer and worked the assignment desk.

She has been with the company for 17 years, starting out at the Univision station in L.A. as a college intern, working her way up the ranks.

No word yet on who will be replacing her at KMEX.