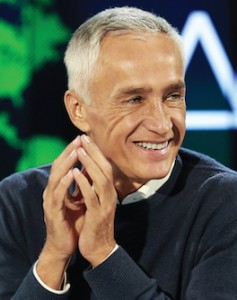 After a network spokesperson denied in early February that “America,” the show Jorge Ramos anchors on Fusion, would be scaled back from a daily to a weekly, today it was confirmed that’s exactly what will happen.

Since Fusion’s launch at the end of October of last year, Jorge has been pulling double duty – hosting “America” after anchoring “Noticias Univision” with María Elena Salinas Monday through Friday. In addition, he hosts “Al Punto,” a half-hour pre taped Sunday public affairs program on Univision.

While his on-air presence has been reduced at the English-language Univision/ABC joint venture, he has just finalized a new deal to remain at Fusion through the 2016 presidential election.

“We are thrilled that he will continue to bring his signature brand of journalism to our viewers in the years ahead,” said Fusion CEO Isaac Lee in a written statement.

The show’s downsizing comes less than 2 months after Fusion eliminated “DNA,” hosted by Derrick Ashong and announced it would reorganize “The Morning Show,” moving it to a primetime slot.