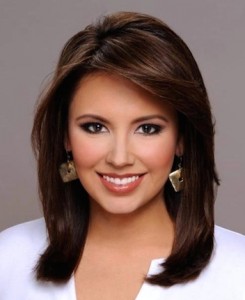 Daniella Guzmán, co-anchor of early morning show “NBC 5 News Today,” is leaving Chicago and moving to Los Angeles. Her last day at WMAQ-5 is Tuesday, May 21.

She has been named morning co-anchor at KNBC-4, weekdays from 4:30 to 7 am. She starts the new job in June.

The announcement was made shortly after the station revealed that Zoraida Sambolín was returning to WMAQ to anchor the morning show.

“It’s really a bittersweet feeling because I fell in love with Chicago and Mid-westerners. I made amazing forever friends, beginning with my NBC 5 Chicago morning team Stefan Holt NBC5 Kye Martin and Andy Avalos,” Daniella wrote on her Facebook page. “Chicago will always have a very special place in my heart because I made some incredible memories with my husband and daughter.”

Daniella joined NBC 5 Chicago as co-anchor of NBC 5’s weekday morning newscasts in March of 2012. She was previously a weekend anchor and general assignment reporter at KPRC-TV in Houston, where she had been since 2006. Before joining KPRC, she worked for KTMD, Telemundo’s O&O in Houston and Univision network in Miami.

** Correction:  the first version of this story incorrectly stated Daniella’s last day at WMAQ was April 21.